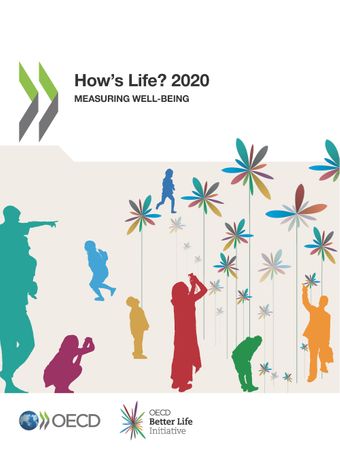 How’s Life? charts whether life is getting better for people in 37 OECD countries and 4 partner countries. This fifth edition presents the latest evidence from an updated set of over 80 indicators, covering current well-being outcomes, inequalities, and resources for future well-being. Since 2010, people’s well-being has improved in many respects, but progress has been slow or deteriorated in others, including how people connect with each other and their government. Large gaps by gender, age and education persist across most well-being outcomes. Generally, OECD countries that do better on average also feature greater equality between population groups and fewer people living in deprivation. Many OECD countries with poorer well-being in 2010 have since experienced the greatest gains. However, advances in current well-being have not always been matched by improvements in the resources that sustain well-being over time, with warning signs emerging across natural, human, economic and social capital. Beyond an overall analysis of well-being trends since 2010, this report explores in detail the 15 dimensions of the OECD Better Life Initiative, including health, subjective well-being, social connections, natural capital, and more, and looks at each country’s performance in dedicated country profiles.

Find the most updated country-statistics here, based on the How's Life? Well-being database.

WATCH OUR WEBINAR: HOW'S Life? Depends on your gender