March 2016 - One of the most remarkable consequences of the expansion of education in OECD countries over the past decades is the reversal of the gender gap in education. From outright exclusion and discrimination in educational institutions less than a century ago, girls and young women have conquered schools and colleges. In 2013, 55% of all students graduating from a general secondary education programme were girls.

These gender differences in bachelor’s degrees across fields of study resemble the divergent career expectations among 15-year-old students, as recorded by PISA, and the gendered life and career choices later on. They also account for a significant share of the gender gap in earnings from employment. 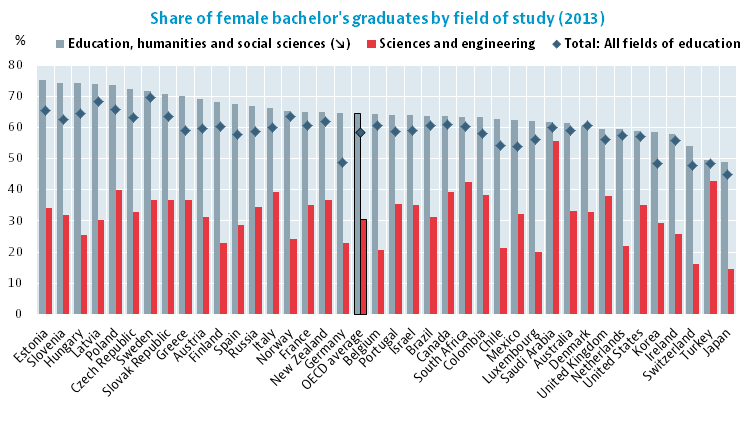