Routinely collected data on prescribed and dispensed medicines illuminate a key component of patients' interactions with the healthcare system. The data can be extracted from pharmacy records, personal health records, reimbursement claims and billing information. The richest data sources extend beyond prescribing and dispensing to information on utilisation of health services and outcomes of treatment. These datasets either capture this information directly, or can be dynamically linked with other health and healthcare datasets containing additional information. 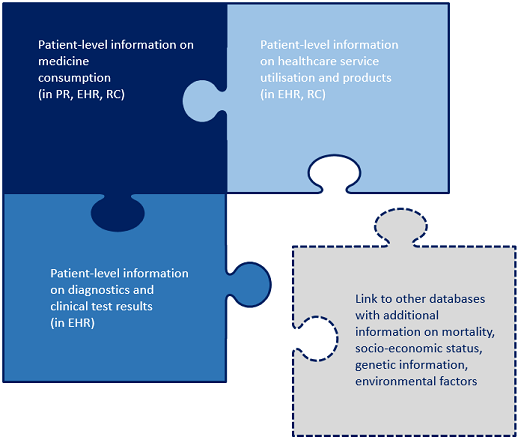 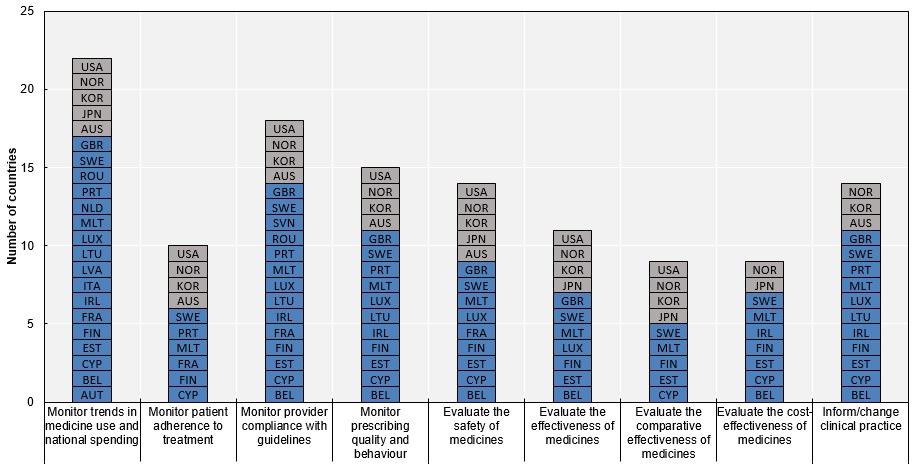 Notes:
- Czech Republic: National Registry of Reimbursed Health Services operational since January 2018; Israel and Slovenia: missing information; Italy: response referring to AIFA monitoring registries; United States: the use of data depends on the specific data collection. N=25.
Note by Turkey: The information in this document with reference to “Cyprus” relates to the southern part of the Island. There is no single authority representing both Turkish and Greek Cypriot people on the Island. Turkey recognises the Turkish Republic of Northern Cyprus (TRNC). Until a lasting and equitable solution is found within the context of the United Nations, Turkey shall preserve its position concerning the “Cyprus issue”.
Note by all the European Union Member States of the OECD and the European Union: The Republic of Cyprus is recognised by all members of the United Nations with the exception of Turkey. The information in this document relates to the area under the effective control of the Government of the Republic of Cyprus.
Source: 2018 OECD Survey on Routinely Collected Data.