Presentation of two reports of the Mexican Superior Audit of the Federation, 6 January 2021

Senior Auditor of the Federation, David Colmenares Páramo; Ambassador Sybel Galván, Permanent Representative of Mexico to the OECD; Friends who are following us online,

I am delighted to present two new reports that we have prepared for the Auditoría Superior de la Federación (ASF), Mexico's supreme audit institution. These reports are part of a series of four studies, with the next two due to be completed and presented mid-year, resulting from close collaboration between the OECD and the ASF since 2015 with a view to strengthening the National Audit System.

This series of reports has two main objectives: first, to analyse the progress made by the ASF in implementing the recommendations that we made in previous OECD reports; and second, to support the ASF in its efforts to extend its audit portfolio to issues such as regulatory policy and the governance of regulatory bodies.

I will start with an analysis of the progress made in implementing our recommendations. The findings are very positive. They reflect careful consideration within the ASF on how to increase the impact of its work. The Institutional Strategic Plan for 2018-2026 updates the ASF's priorities, developing the preventive nature of its audit work.

By establishing two new units, the Legislative Liaison and Institutional Relations Unit, and the Unit for Legislative Approval, Planning, Transparency and Systems, the ASF has strengthened its capacity to engage with other actors, including a systemic approach to its communication with the Chamber of Deputies and in the uptake of legislators' concerns and priorities.

Substantive progress has also been made in audit selection. In addition to including a risk analysis, priority programmes are now selected from the government agenda in order to contribute to their smooth functioning. Priority has also been given to forensic auditing and follow-up of previous audits, with the creation of the Special Monitoring, Reporting and Investigation Audit.

Similarly, the ASF has worked on improving the way in which it measures its results and communicates them to citizens, including calculating the return on investment of ASF activities, producing simplified audit reports, and launching an App allowing the general public to access audit reports.

We are pleased to see that the ASF is consistent with international best practices, and the OECD report makes some recommendations to continue pursuing these. For example, the strategic planning process could incorporate tools like PESTLE analysis, as used by the UK National Audit Office, which helps to make the process more dynamic and more suited to a changing environment. PESTLE is an acronym of the initials of the five key factors: (P) for the political environment, (E) for economic factors, (S) for the sociological context, (T) for technological considerations, (L) for the legal environment, and (E) for environmental factors.

The ASF could draw on its experience in forensic auditing and related reporting to raise awareness of the systemic risks and vulnerabilities generated by fraud and corruption. For example, the ASF could use an interactive format to communicate more extensively on the findings of its forensic audits, while protecting confidential information and safeguarding the process. To this end, it could make use of the OECD guide to Fraud and corruption in European Structural and Investment Funds, which illustrates the risks that occur in the cycle of projects financed by the European Structural and Investment (ESI) Funds.

Concerning the extension of the ASF's audit portfolio to regulatory policy and issues relating to the governance of regulatory bodies, the ASF is following increasingly common best practices among Supreme Audit Institutions (SAIs).

In fact, the experience of SAIs in OECD countries - such as the European Court of Auditors (ECA) or the UK National Audit Office (NAO) - suggests that performance audits on regulatory issues often focus on issues such as the promotion, adoption and performance of regulatory tools; their impact; their objectives; or the analysis of specific laws and regulations.

Regarding the governance of regulatory bodies, our report Best Practice Principles for Regulatory Policy: The Governance of Regulators, sets out the principles that should be followed by regulatory bodies. These include clarity of their role; avoidance of undue influence; independence; accountability; transparency; stakeholder participation; and performance evaluation.

The ASF already had some experience in both of the aforementioned areas, and our recommendations suggest building on those foundations. For example, we recommend that the ASF incorporates a regulatory quality analysis into its performance audit plan. This would avoid the fragmentation of regulatory audits and generate a specific set of reports. We also suggest that audits of regulatory frameworks place more emphasis on the impact and results of regulatory policy, rather than just compliance with planned activities.

As far as regulatory bodies are concerned, the ASF could prioritise the audits of regulators identified as prime concerns because of their significant economic impact.

This is just a brief insight into the work that we are delivering to the ASF. I invite you to explore both of these reports in greater detail.

The collaboration between the OECD and the ASF is yielding significant results. We are committed to making the ASF a reference among Supreme Audit Institutions in OECD countries. Audit and supervisory institutions play a key role in ensuring that public resources reach their destination. Think about how relevant this is in the context of the COVID-19 pandemic.

OECD countries are devoting significant resources to addressing the COVID-19 crisis and subsequent economic recovery. If these resources are diverted and do not reach their destination, the human consequences can be disastrous, and economic recovery slower.

The OECD will continue to accompany the ASF in contributing to efficiency, integrity and transparency in the use of public resources.

Thank you for your attention. 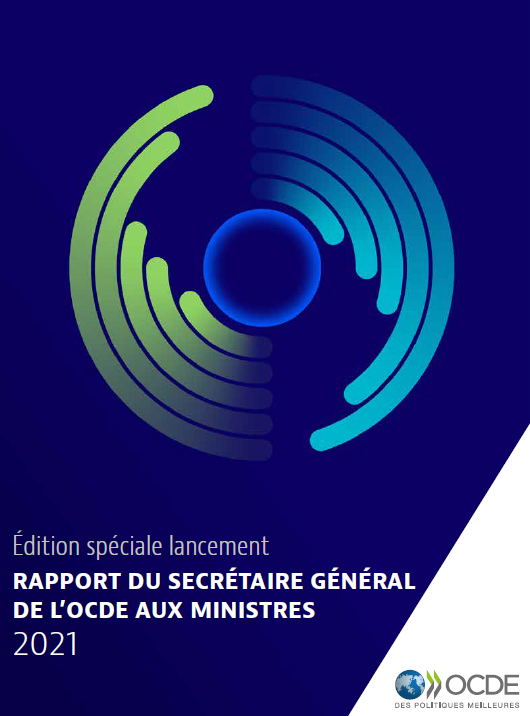