9 Dec. 2020 - The OECD area unemployment rate continued to decline in October 2020, to 7.1%, from 7.3% in September, but remained about 2.0 percentage points above the level observed in February, before the COVID-19 pandemic hit the labour market.

Some care is needed in interpreting recent falls in the OECD unemployment rate, as this largely reflects the return of temporary laid-off workers in the United States and Canada, where they are recorded as unemployed[1], whereas temporary lay-offs are typically recorded as employed in most other countries. 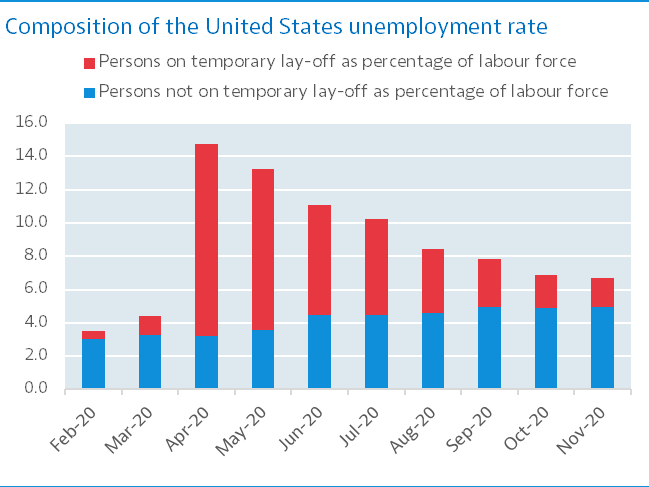 Source: OECD calculations, based on US Current Population Survey

1. For Canada and the United States, the statistical treatment of persons on temporary layoff is different from other countries. See the note on the divergence in employment and unemployment statistics during the Covid-19 crisis on next page.