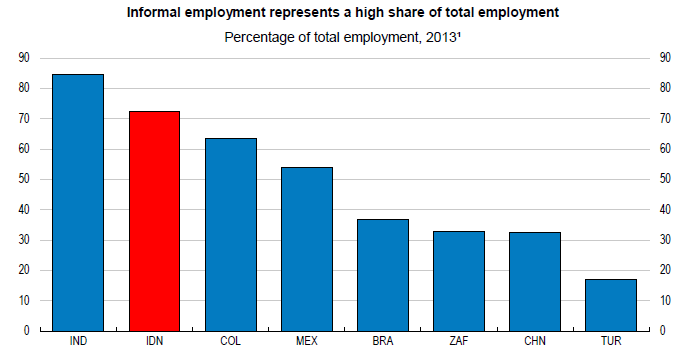 ‌Indonesia needs to address a wide range of structural bottlenecks in order to sustain strong medium-term growth. The most binding bottlenecks include a large public infrastructure gap, high labour informality and youth unemployment, and low educational attainment. While the government has stepped up spending on infrastructure, many remaining regulatory rigidities are holding back investment – both public and private. Informal employment is rooted in various rigidities affecting the formal labour markets such as stringent employment protection legislation combined with the lack of income support for the unemployed, as well as high minimum wage and non-wage hiring costs.