As Winston Churchill was working to form the United Nations after WWII, he famously said, “Never let a good crisis go to waste”. In another context, Churchill’s insight on human nature can also be applied to the global water crisis we face today, particularly as it pertains to agriculture.

Water and agriculture are strongly interconnected. To grow food, you need water; but the agriculture sector remains highly susceptible to water-related disasters like floods, droughts and typhoons. In turn, water resources are also impacted by agricultural activities, as the largest water-consuming sector globally and a significant source of pollution. So producing food sustainably will require good water management in agriculture, and managing water sustainably will require taking into account the role of agriculture.

Changing policies on water in agriculture is challenging, and often only possible when facing a crisis

In the early 2000s, Jordan was facing a long dry spell and increasing water demand. With limited surface water supplies and no access to the sea, it relied primarily on rapidly depleting groundwater resources to feed its population, with agriculture as one of the key water consumers. A lack of groundwater resource protection, alongside an influx of refugees, created a water crisis that saw public demonstrations and conflicts among farmers. The government responded with a series of drastic reforms, including a Water Authority Law to stop illegal pumping of groundwater in rural areas. The law introduced jail penalties for illegal drilling, strengthened enforcement, and cut water quotas for new wells. Together, these actions resulted in a 95% reduction in illegal drilling and 30-40 million m3 of water savings, reducing farmer’s water use significantly without reducing production.

Droughts have also driven water reforms in OECD countries. Australia’s Millennium Drought triggered a series of policies and programmes that culminated in the adoption of the Water Act of 2007, a key legislation that still oversees the policies and plans on irrigation in the Murray-Darling Basin. In Israel, pressure on water resources in the early 2000s led authorities to accelerate policy reforms, including by adopting the 2006 Farmers’ Agreement, which raised charges for freshwater use in agriculture in exchange for increased access to desalinated water. The Agreement also encouraged irrigators to use recycled wastewater from cities. In California, the 2011-17 drought contributed to push the state legislature to adopt the first ever regulation of groundwater use in 2014, with direct impacts on farmers in the agricultural-rich Central Valley – almost 40 years after the first attempt in 1977.

The OECD has a long history of working to help governments identify and implement better policies to improve outcomes in agriculture and the environment. Until recently, our work focused on what policies can help, not how to adopt and implement such policies. Our latest work in the water and agriculture area crossed the line from policy design to policy making, studying how to facilitate policy reform in water and agriculture, engaging global experts to discuss stages leading to policy change (in workshops with the European Commission and the World Bank).

Several long-term factors help shape pathways to reform water in agriculture. First, the timing matters. Policy makers can take advantage of “windows of opportunity” for reform, which often combine a water crisis (drought or pollution) with favourable political conditions – in other words, don’t let a good crisis go to waste. Another important factor is adequate preparation – including continued research, education, and governance – to help take advantage of reform opportunities when the timing is right.

Today, the key policy changes governments need to tackle include: charging for water use in agriculture; removing subsidies that negatively impact water resources; regulating groundwater use; and addressing water pollution caused by agricultural runoff. So, what conditions are needed to make this happen?

When a window of opportunity for policy reform arrives, there are several concrete actions that governments can take to ensure that the reform process will be effective. These include, for example: establishing the evidence base with robust data to set policy objectives and evaluate outcomes; ensuring policy and regulatory coherence; engaging with stakeholders to build trust – notably with local policy officers and farmers; mitigating economic losses for some stakeholders that may suffer in the short-run; and ensuring that there is enough flexibility in sequencing policy reforms (similar findings were found in a recent study of fisheries reforms).

Agricultural water risks are expected to grow in many regions in the future, and may only be exacerbated by climate change. Governments must get ready to take action, and to move from reacting to a crisis towards a proactive, preparatory approach that will facilitate policy changes when the time is right. If wasting water is a challenge that requires attention, wasting a water crisis may jeopardize food and water security in the future. 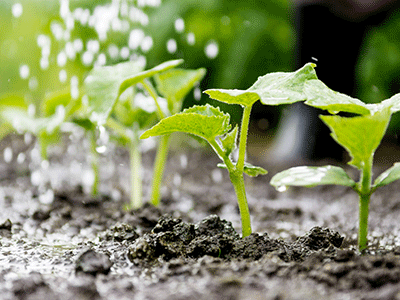 Agriculture production is highly dependent on water and increasingly subject to water risks. It is also the largest using sector and a major polluter of water. Improving agriculture’s water management is therefore essential to a sustainable and productive agro-food sector. 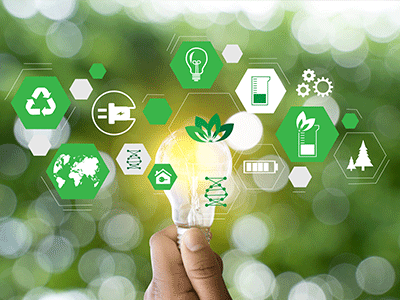 Agriculture and the environment

The OECD monitors the linkages between the environment and agriculture, identifies successful agricultural policies that mitigate the negative environmental impacts while enhancing the positive ones, and provides recommendations to improve policy coherence for environmental performance of the agricultural sector.