I am delighted to present the OECD’s 2020 Economic Survey of Brazil. This is the 9th Survey of Brazil, a fruit of our long-standing co-operation going back three decades. I would like to thank Minister Guedes and Governor Campos Neto for joining us today, and the Brazilian authorities for their support in the preparation of this Survey.

We are releasing this Survey at a critical moment. As elsewhere, the pandemic has hit Brazil severely, with many lives lost and significant strains placed on the nation’s health system. With over 40% of employment and many small firms in the informal sector, the virus has taken a particular toll on Brazil’s most vulnerable. Our projections for Brazil foresee an economic contraction of 5% this year, followed by a return to growth of 2.6% in 2021.

The government has responded swiftly to the pandemic with comprehensive measures. These efforts have been important to provide support for millions of vulnerable households.

For example, the new social benefit programme, Auxilio Emergencial, has supported more than 67 million families. Short-term work schemes for formal workers and additional credit lines to small companies have also been put in place, in addition to monetary policy easing and prudential measures that have already led to an expansion of credit. Without these measures, the economic contraction in 2020 would have been much deeper.

Despite these efforts, Brazil continues to face important challenges. Our Survey puts forward recommendations to tackle them. Let me highlight four priorities:

First, the strong fiscal response has further complicated an already challenging fiscal picture. It is expected to add 20 percentage points of GDP to gross public debt, which we project to peak slightly above 100% of GDP in 2026.

The challenge lies in spending better, rather than spending more. The Survey makes concrete recommendations on how public spending could be reviewed without affecting inclusive growth. For example, by examining subsidies and tax exemptions that account for almost 5% of GDP, or by reforming the civil service, on which Brazil spends much, by international comparison.

Second, unnecessary complex and restrictive regulations continue to hamper competition and place a burden on entrepreneurship. A medium-size company in Brazil spends around 1,500 hours just to comply with paying taxes, as opposed to 317 hours in an average Latin American country or 159 hours in an average OECD country. The government should keep advancing its structural reform agenda, promoting competition, reducing regulatory burdens and tax complexity.

Third, Brazil should strengthen its integration into the global economy on a par with other emerging markets. Reducing its high trade barriers, including for capital goods and other inputs, could bring down the prices of many goods, especially those consumed by low-income households. The impact of such reforms would also make a real difference for the lives of ordinary Brazilians. Our estimates show that this could generate an average annual growth dividend of 0.9 percentage points over 15 years, making next year’s growth one-third stronger than the 2.6% that the OECD currently projects.

Last but not least, with 60% of the Amazon forest found within its borders and home to the largest biodiversity reserve in the world, Brazil has the potential to lead the way in reshaping and rebuilding our global economy, in a greener, more resilient and more inclusive manner. Natural assets like the Amazon, when used sustainably, can help create new jobs, boost income and lead to resilient economic growth, while addressing pressing environmental challenges. To tackle this challenge, our Survey recommends to build on past successes in fighting illegal deforestation, by strengthening enforcement efforts and ensuring adequate staffing and budgets of environmental agencies.

Brazil has embarked on a reform path to address a number of challenges. In these particularly difficult times, it remains paramount to keep this momentum going. The OECD is committed to continuing our close collaboration with Brazil, to design, develop and deliver better policies for better lives for all Brazilians. 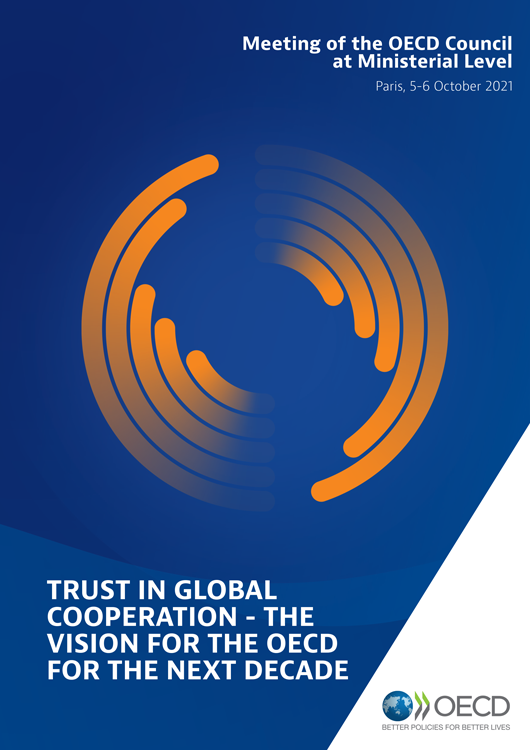