Regional trade agreements are evolving – why does it matter?

Regional trade agreements (RTAs) cover more than half of international trade today, operating alongside global multilateral agreements under the World Trade Organization (WTO). In recent years, many countries have actively sought to establish new – and often more modern and progressive – bilateral and regional trade agreements that aim to increase trade and boost economic growth. The current proliferation of RTAs reflects, in part, a demand for deeper integration than what has been achieved by older multilateral agreements.

To the extent that RTAs go beyond commitments made in the WTO and remain open to additional participation by countries committed to meeting their standards, they can complement the multilateral trading system. Over the years, the OECD has examined the relationship between regional trade agreements and the multilateral trading system, including related to specific policy areas covered in RTA provisions, such as the treatment of agricultural issues, technical regulations, standards and conformity assessment procedures, investment provisions affecting the international transfer of technology, developments in the inclusion of environmental considerations and approaches to market openness in the digital age – to name a few.

Policymakers are mindful that regional trade agreements must be consistent with multilateral rules and that coherence across regional arrangements, as well as between regional and multilateral systems, is necessary. Some countries even negotiate RTAs with an explicit intent to set precedent for future multilateral rule-making, while others view deeper measures in regional partnerships as a way to complement the multilateral system. In either case, there is a case to be made for “multilateral-friendly” practices that can help promote convergence.

Today, RTAs are developing in ways that go beyond existing multilateral rules. The areas they cover –investment, movement of capital and persons, competition and state-owned enterprises, e-commerce, anti-corruption, and intellectual property rights, for example – are essential policy issues that need to be addressed in today’s more interconnected markets. Mega-regional initiatives are on an entirely new scale, providing preferential access to member countries’ markets by seeking to establish 21st century trade agreements with deep and comprehensive market integration.

Many RTAs contain elements that deepen co-operation across regulatory issues, and new market opportunities are created even as participants address structural impediments in their own economy. Next-generation RTAs strive to go even further. Countries wishing to participate in, and benefit even more from, global markets will need to increasingly integrate trade and investment measures in their wider domestic structural reform agendas. In fact, countries may be able to use current and prospective negotiations on “behind the border” regulatory provisions as drivers for desired domestic reforms. The larger structural issue of whether, when, and how to multilateralise provisions in RTAs is primarily a political question for governments to address. 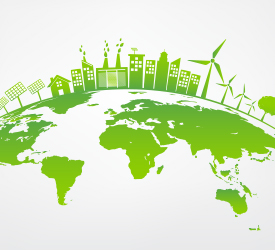 This report assesses the progress of the implementation of environmental provisions in RTAs. It focuses on the extent to which governments have complied with the environmental commitments made in the trade agreements to which they are a Party.

Access all OECD publications on RTAs on the OECD iLibrary.

Sign-up to our newsletter to receive periodic e-mail updates on new publications, videos and analysis.

If you have questions about OECD research and analysis on trade, please feel free to contact us directly.