At the occasion of the International Migrants Day on Wednesday 18 December, the OECD raises attention on the issue of discrimination against immigrants and their children in OECD countries. Discrimination is a key obstacle to the full integration of immigrants and their offspring into the labour market and the society as a whole. It may negatively impact on immigrants’ incentives to invest in education and training. It can also represent an economic loss to the host country.

The latest edition of the International Migration Outlook, which devoted a special chapter to this issue, highlighted a number of key findings: 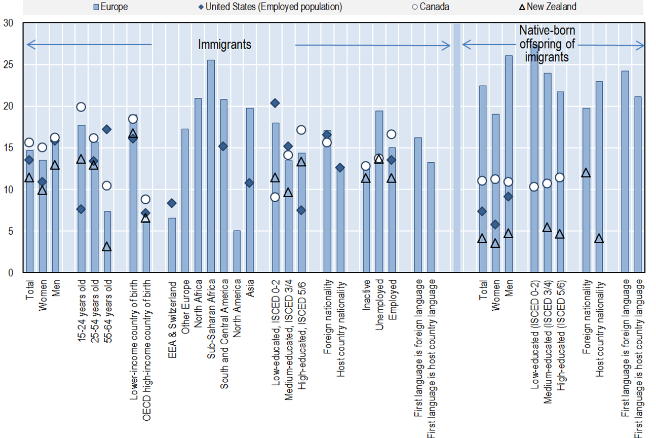